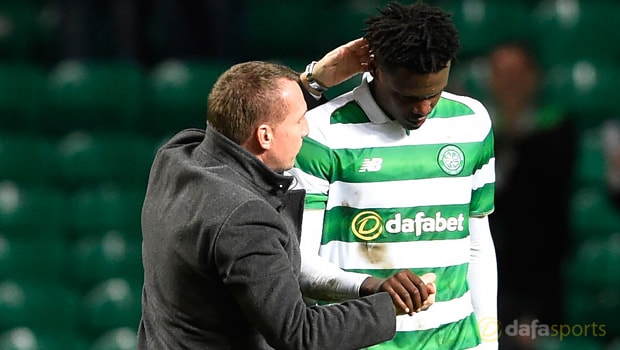 Having watched his Celtic side move 25 points clear in the Scottish Premiership, Brendan Rodgers insisted they must remain relentless in their pursuit of success.

The Parkhead boss used the Aberdeen game on Wednesday as a means of showing his squad how far they have progressed in 12 months before warning them that only continued hard work will see them build on their current position.

Last season, a Ronny Deila-led Celtic were beaten by Aberdeen at Pittodrie in February meaning the gap between the clubs in first and second spot was just three points.

Wednesday’s 1-0 win over Derek McInnes’ team in Glasgow means Aberdeen are now 27 points adrift of Celtic while second-placed Rangers are in arrears to the tune of 25 points.

“I said to the players before the game that it was February 3 last year they played against Aberdeen in a similar sort of timeline away but they lost the game and Aberdeen went three points behind Celtic,” Rodgers told the Celtic website.

“I said if you win this game tonight, in less than a year you go 27 points in front of them. That difference and how you create that means you can’t go soft and you have to push.”

Defender Dedryck Boyata scored the only goal of the game as Celtic made it 22 wins from 23 games in the Premiership this season and their manager admits he can ask no more of his players.

“We’re 27 ahead of Aberdeen, 25 ahead of the others and what we’re trying to create is an attitude for the next four or five years and beyond. That means we have an obligation to play well and win games,” he added.

“You can’t ask any more of what they’re doing at the moment.” Celtic are 1.44 to win away at St Johnstone on Sunday.