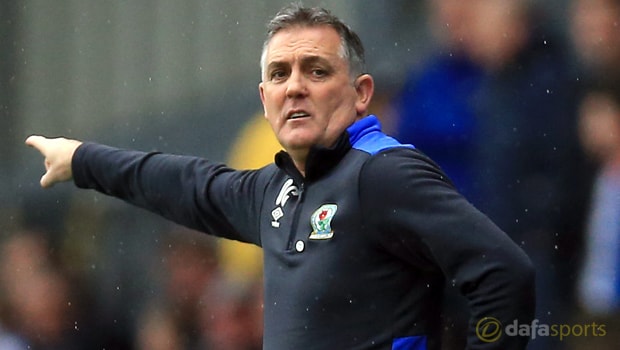 Blackburn boss Owen Coyle says the officials “robbed” his side of three crucial points in Tuesday’s 2-1 defeat at Sheffield Wednesday.

Rovers dominated long spells of the match but found themselves trailing at the break following a brace from Vincent Sasso either side of a Sam Hutchinson own goal.

After continuing to push after the interval, they thought they had found an equaliser when Marvin Emnes’ shot crashed down off the bar, but the officials failed to recognise the ball had crossed the line.

Things then went from bad to worse when Hope Akpan fired home, only to see his effort chalked off for an alleged handball and in his frustration the midfielder appeared to push referee Scott Duncan, resulting in a straight red card.

The result leaves Rovers 23rd in the Championship table and they will be fully aware that a win at Hillsborough would have taken them out of the bottom three.

Coyle was understandably fuming after the match and wasted no time in laying the blame for his side’s defeat at the feet of the officials.

“I would suggest that we have been robbed of three points tonight,” he said. “The performance was certainly worthy of three points, the officials have made terrible errors that have cost us tonight.

“We’ve actually scored three good goals tonight. Marven Emnes scores a great goal that is clearly over the line, but they don’t give it.

And then Loovens has headed the ball against Hope Akpan’s chest and shoulder, but certainly not his hand, as he puts it in.

“It is robbery, no doubt about it. It is beyond belief what has happened to us tonight.”

Rovers now switch their attention to the FA Cup as they host Manchester United on Sunday in a game they are 8.50 to win, with the draw 4.75 while the Red Devils are the 1.33 favourites.