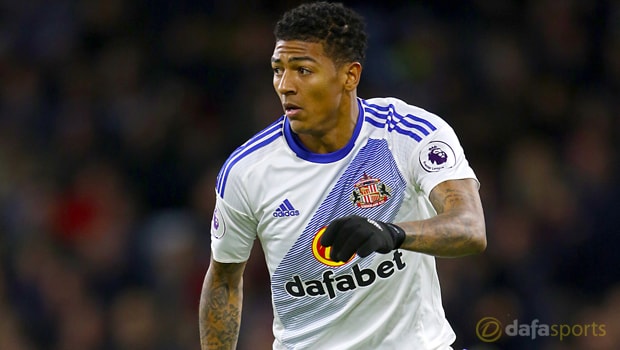 Sunderland have allowed left-back Patrick van Aanholt to leave the club after he joined Crystal Palace on a four-and-a-half-year contract on Monday.

The Eagles have been pursuing Van Aanholt for many weeks, ever since former Black Cats boss Sam Allardyce was given the job at Selhurst Park.

Sunderland are thought to have received £14million for Van Aanholt, who made 82 appearances for the club since he joined from Chelsea in 2014.

He reportedly handed a transfer request in earlier this month in an attempt to force through the deal.

The 26-year-old will be missed at the Stadium of Light due to his attacking threat down the left-hand side and his experience could give Palace a fighting chance of staying up.

Van Aanholt leaves with Sunderland rock bottom of the Premier League and he was unable to stop them losing their last three matches.

He could make his Palace debut on Tuesday against Bournemouth but Sunderland boss David Moyes is already on the lookout for a replacement.

The former Everton coach is ready to raid his former club for Darren Gibson and Bryan Oviedo as he tries to keep Sunderland in the top flight.

Both players could sign before Tuesday’s clash with Tottenham but both will be expected to miss the match.

However, they could be part of the team that takes on Van Aanholt and Palace on Saturday in a six-pointer at the bottom of the table.