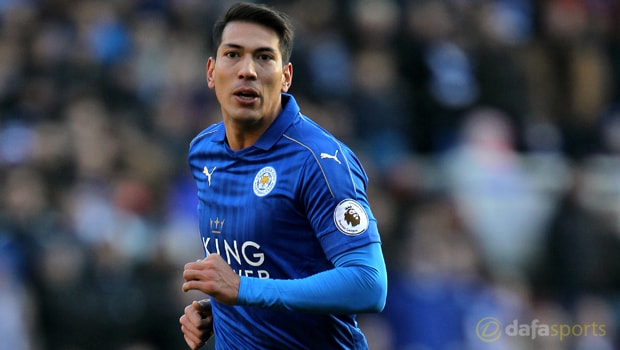 The 30-year-old, who joined from Brighton in 2014, handed in a transfer request this month and said on social media he had been “betrayed” and “let down by the club”.

Ulloa has started only one league match this season and has scored one goal.

Sunderland are rumoured to be interested in securing his services, but Ranieri has insisted he does not want to sell the player.

However, Ulloa says his manager had previously assured him he would be allowed to move if the right offer came in, something he now believes the Italian has gone back on.

“The manager has been telling me for the last three months that if an offer of £4m or £5m was arriving, he would help me to leave,” Ulloa told Sky Sports.

“My understanding is that there are offers bigger than that which are not being considered.

[Now] he tells me he wants me to stay. If I stay at the club it’s going to affect my future and my career.”

The Argentine has 18 months left on his contract at the King Power Stadium.

He started seven league games last season as Leicester won the Premier League for the first time, but the club have confirmed he won’t be available for their game at Burnley on Tuesday.

Ulloa firmly believes that his future lies elsewhere. “I am sad about the current situation because it’s been two wonderful years here,” he said.

“But now in my situation, with me not being part of the plans, I feel that the best way forward is that I leave and I can be happy somewhere else.”

Leicester are 2.63 to get their first away win of the season at Burnley while the Clarets are 2.88 and the draw is 3.20.