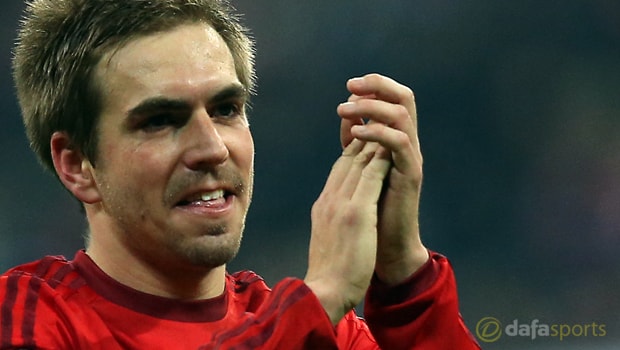 Bayern Munich chief executive Karl-Heinz Rummenigge has admitted the club were surprised after Philipp Lahm announced his decision to retire at the end of the current season.

The 33-year-old has been a loyal servant to Bayern after linking up with the club at the age of 11 and progressing through their academy.

The defender, who has also played in midfield at times, has featured almost 500 times for the German giants while he also spent time on loan with Stuttgart between 2003 and 2005.

The World Cup winner is currently contracted to Bayern, who are priced at 1.04 to win the Bundesliga, until 2019, but he has shocked the club’s hierarchy by announcing his retirement at the end of this term.

Chief executive Rummenigge said “the doors at Bayern will remain open” for the Lahm although he admitted it was also a “surprise” development.

Prior to Lahm’s statement, club president Uli Hoeness said he knew nothing about the defender’s intentions and expected the club would do a joint announcement with him.

Uli Hoeness and myself had honest, intensive talks in the past months with Philipp about a potential involvement in the management of our club.

“Last week he informed us he was currently not available for the sports director position and that he wants to end his contract early.”