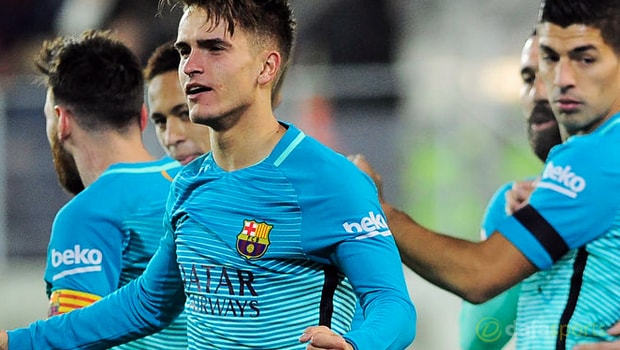 Barcelona midfielder Denis Suarez is determined to add to his tally after netting his first goal for the club during Sunday’s 4-0 victory at Eibar.

The 23-year-old started the match at the Ipurua on the substitutes’ bench but was called into action earlier than expected following an injury to Sergio Busquets inside the opening 10 minutes of the contest.

The Spain international then went on to score the opening goal of the match, his first strike for the club, and he is now hoping to add to his tally, while he is also keen to gain more minutes in the first-team after being limited to just seven league starts so far this term.

“I hope I can score more goals and get more minutes,” Suarez said. “I am satisfied with my first goal for Barca because I had been waiting a long time.”

Suarez could feature more regularly over the coming weeks after it was confirmed Busquets suffered ankle ligament damage during Sunday’s match, but the former Sevilla player is hopeful his team-mate can make a speedy recovery from the injury.

“We hope that Sergio is ok, he is a very important player,” Suarez added.

The Catalan giants are next in action when they play host to Real Sociedad in the second-leg of their Copa del Rey quarter-final tie on Thursday.