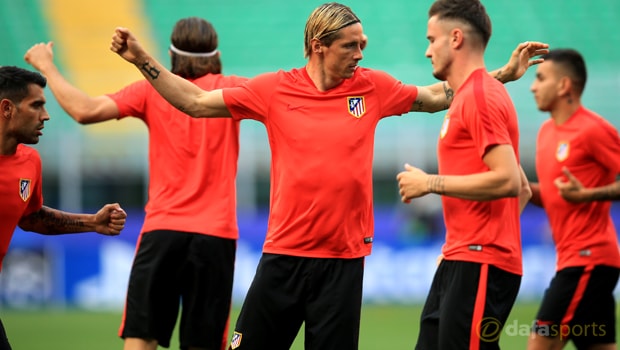 Atletico Madrid boss Diego Simeone admits he is unsure if Fernando Torres will remain with the club next season.

The former Spain international scored a goal in each half as Atleti secured a 2-0 victory over near neighbours Leganes on Saturday to consolidate their position in the top four of the La Liga standings.

The 32-year-old has now scored four league goals during the campaign, but he has only started five top-flight matches and there is doubt surrounding his long-term future with the club, as his contract is set to expire at the end of the season.

Simeone has been impressed by the fighting spirit that Torres has shown over recent weeks, but he insists the striker’s future will ultimately depend on the club’s fortunes on the field between now and the end of the campaign.

“He’s had four fantastic days and that could be well seen, especially because of the strength with which he has been fighting.

“Despite not playing he has trained well and that has always been his greatest virtue. Hopefully he can continue like this.”

Torres, who came on as a substitute during Los Rojiblancos’ 2-1 defeat to Barcelona in the first leg of their Copa del Rey semi-final at the Vicente Calderon on Wednesday, will now be hoping to retain his place in the starting line-up for Tuesday’s return match at the Camp Nou.