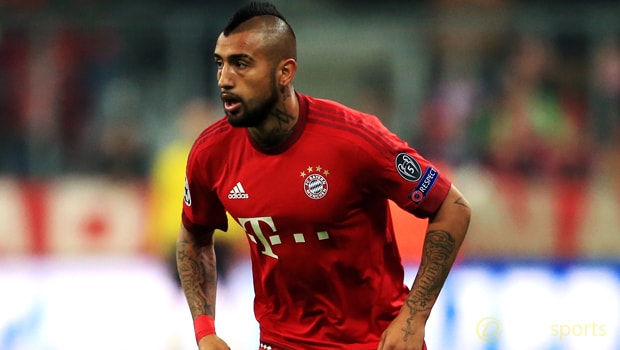 Bayern Munich star Arturo Vidal does not know if he will be fit for next month’s Champions League last-16 clash with Arsenal.

The German champions host the Gunners on February 15 in the first leg of their European double-header and are 1.50 to secure a win at the Allianz Arena.

Chile international Vidal sustained a rib injury against Mainz earlier this month and then aggravated the problem in the Bundesliga win over Freiburg on Saturday, which resulted in him being removed from the action in the early stages of the second half.

Vidal hopes he will be able to take to the pitch against Arsenal but does not know whether or not he will be available at this stage.

“Only by doing this can I completely recover. Then we will see how I feel for the Champions League game.”

The Bavarian giants are also set to be without defender Jerome Boateng for the visit of Arsenal as a shoulder injury is expected to sideline him until March.

Arsenal are 6.50 to come away from Germany with a win while the draw can be backed at 4.33.

Bayern are 4.75 to win the Champions League outright, German rivals Borussia Dortmund are available at 12.00 and Arsenal are priced at 23.00.