Posted by DafaSports on December 4, 2017

We summarise everything you need to know about this year’s edition of the coveted Ballon d’Or award.

When will the winner be announced?

The identity of the 62nd Ballon d’Or winner will be broadcast on a dedicated television programme, starting at 19.45 CET on December 7. Former Tottenham and Newcastle winger David Ginola will present the award ceremony and the December edition of ‘France Football’ will be available to buy the following day.

Who are the nominees for this year’s award?

Unsurprisingly, Cristiano Ronaldo and Lionel Messi were among the stand-out names on the 30-man shortlist released back in October by ‘France Football’. Spain’s La Liga accounts for more than a third of the shortlist (11), while seven Premier League players made the cut. 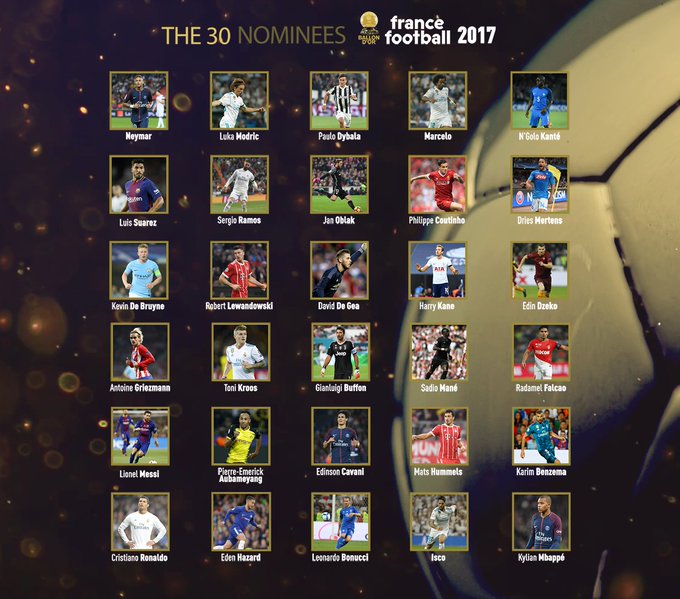 Kaka was the last man other than them to win the prestigious award back in 2007, and Ronaldo is widely expected to match Messi’s tally of five Ballon d’Or’s on Thursday.

Could there be a different winner?

Ronaldo may have picked up FIFA’s ‘The Best’ award at the end of October, but that should not be taken as an indication he will receive the Ballon d’Or as well. A leaked photograph earlier this month appeared to claim Messi as the winner, while PSG’s Neymar is also in the running. Tottenham’s Harry Kane is an outside bet, but there are not many players who have had a year to suggest Ronaldo and Messi’s monopoly will not continue.