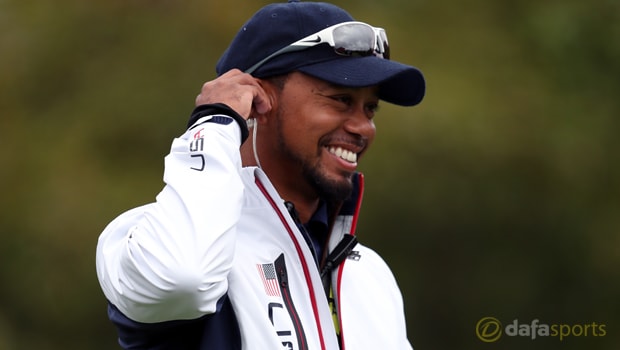 Former world number one Tiger Woods has confirmed that his first event of 2017 will be PGA Tour’s Farmers Insurance Open at Torrey Pines in San Diego, which starts on January 26.

The 41-year-old missed 15 months of action due to a back injury, with two operations in 2015 needed to rectify the issue.

Woods took plenty of time and withdrew from several tournaments before eventually returning at the Hero World Challenge in December.

He eventually finished 15th but showed glimpses of his former self ahead of the 2017 season.

The American last played at the Farmers tournament in 2015 but he was forced to withdraw due to injury.

After the Farmers, Woods has also revealed that he will play at the Genesis Open on February 16 before then featuring at the Honda Classic.

Speaking about his return to the Genesis Open, Woods said: “I’m very excited to come back to Riviera. “This is where it all started for me.

It was my first PGA Tour vent. I was 16 years old, I weighed about 105 pounds. It was a life-changing moment for me.”

Woods has decided to skip this weekend’s SBS Tournament of Champions but he will be determined to play at The Masters at Augusta National in April.

He is priced at 21.00 to win the event with Dafabet, but he may find it hard to get past the likes of Jordan Spieth, Jason Day, Rory McIlroy, Dustin Johnson and Henrik Stenson.