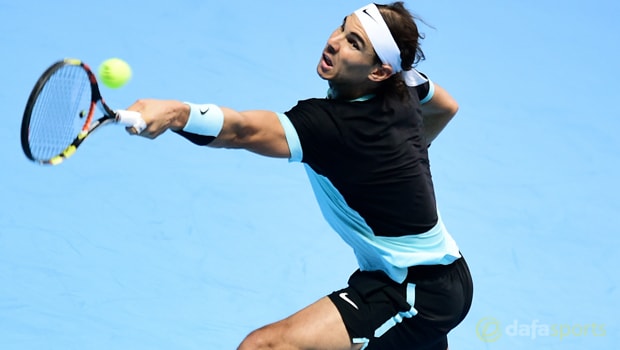 Rafael Nadal admits he is feeling good about his game after coming through his opening match at the Australian Open on Tuesday.

The Spaniard has been plagued by injuries in recent seasons but showed no signs of his ailments when defeating Germany’s Florian Mayer 6-3 6-4 6-4 Nadal has spent the last few weeks Down Under and reached the quarter-finals at the Brisbane International before succumbing to Milos Raonic in straight sets.

Having not won a Grand Slam since 2014, questions linger over whether or not he remains able to compete at the top level, with Nadal’s durability still a concern for his camp.

The 30-year-old is clearly feeling confident right now and having worked hard on the practice court over the last fortnight, he seems to have found his rhythm again.

Next up for the world number nine is Cypriot Marcus Baghdatis on Thursday and with Gael Monfils being forced out of his section of the draw due to injury, Nadal looks well on course for a ninth quarter-final appearance in Melbourne.

Nadal admitted after his win on Tuesday that it was good to come through a potential banana skin in the first round and feels his game is shaping up nicely.

“Today was a good first round for me,” he said. “Florian is a tough first player to play against.

“I was healthy enough to practise the way I wanted to practise, so that’s important for me and I was able to work a lot of things in Majorca and happy to be back.”