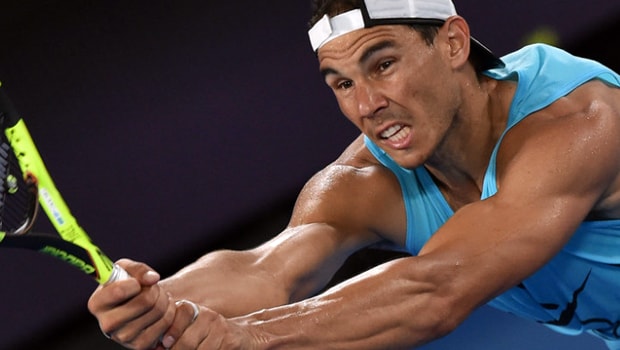 Rafael Nadal believes he will have to be on top of his game to overcome Milos Raonic and his “huge” serve in their Australian Open quarter-final clash.

The former world number one leads the head-to-head between the two players 4-2 although Raonic did win their most recent meeting in the last eight of the Brisbane International in the build up to the first Grand Slam of the year.

During that clash the Canadian smashed home 23 aces as Nadal struggled to cope with the world number three’s power, winning just one of seven break points that came his way.

The Spanish star knows he needs to be more aggressive, particularly in his own service games and when faced with Raonic’s second serve, if he is to continue his challenge for a 15th Grand Slam crown.

Nadal told the Sydney Morning Herald: “He’s an opponent that makes you feel that you’re playing with a lot of pressure all the time because his serve is huge and he’s playing very aggressive from the baseline.

“So [it’s] going to be a very tough match, but I hope to be ready for it. “I need to be very focused with my serve and play aggressive.

If I am not playing aggressive, then I am dead, because he plays aggressive.”

The Australian Open is the only Grand Slam title Nadal has not managed to claim at least twice and he is 1.67 to see off Raonic and reach the last four.