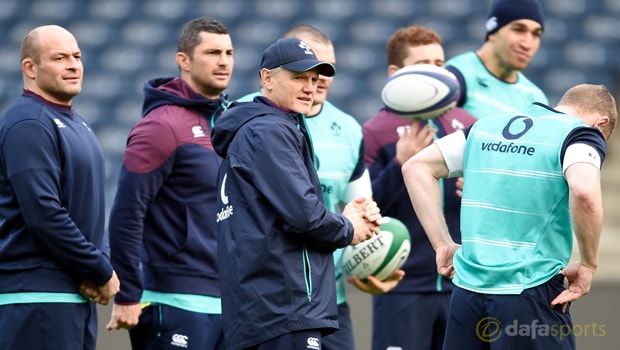 Ireland coach Joe Schmidt says the Six Nations crown is still the target despite opening the tournament with a defeat in Scotland.

The Irish went down 27-22 at Murrayfield but Schmidt expects a response, and he stressed he will not be making any rash decisions in terms of selection as a result of the loss.

“We will look at the footage and make some decisions beyond that,” he told reporters. “But I don’t think there is going to be too many knee-jerk reactions.

“These players have worked really hard to get to the position of being selected in the first place and so you don’t suddenly turn around and throw someone else into the mire.

“They feel that we are in this position and I am pretty sure that they will be pretty keen to fight their way out of this position.”

He added: “The one thing I will say in favour of these players is that they tend to rise to challenges. And they have demonstrated that a few times in recent history.”

Schmidt’s side then host France at the end of February before a trip to Wales, with England set to visit Ireland in the final round of fixtures. Ireland are 6.50 to win the Six Nations outright and Scotland can be backed at 10.00.