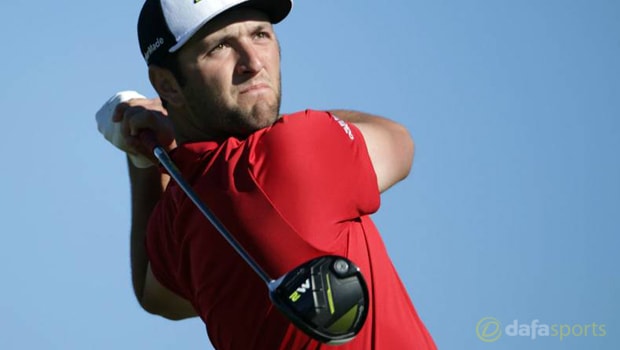 Spaniard John Rahm admits he cannot wait to kick on in 2017 after he claimed his maiden PGA Tour title at just the 12th attempt.

Rahm became the youngest ever winner of the Farmers Insurance Open on Sunday as a stunning final-round moved him into contention.

The 22-year-old eventually signed for a seven-under-par 65 to finish on 13-under par, three clear of Charles Howell III and Cheng Tsung Pan.

England’s Justin Rose finished in fourth despite leading at the halfway stage of the event.

He eventually finished with a round of 70 to finish in a tie with Keegan Bradley, Tony Finau, Pat Perez and Patrick Rodgers.

Rahm converted an eagle opportunity on the 13th to put the pressure on his rivals but he finished his round with another from 60 feet.

He only turned professional seven months ago and his victory now gives him the chance to play at this year’s biggest tournaments.

Speaking after his win, he said: “It does a lot for me. I get to the play the Players Championship, I am likely going to the Fed Ex Cup, I am going to the majors, it is amazing.

“I really don’t know how it is going to work, I will have to look at my schedule.”

Five-time major winner Phil Mickelson finished in 14th and he was full of praise for Rahm on Sunday.

He added: “I think Rahm’s more than just a good young player. “I think he’s one of the top players in the world.