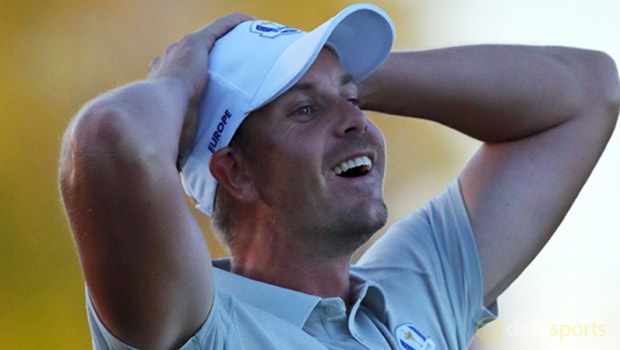 Henrik Stenson is hoping to make the most of familiar surroundings when he tees it up at this week’s Dubai Desert Classic.

The Swede won the event back in 2007, while he has also twice claimed the DP World Tour Championship in Dubai during his career.

Much of his success can be attributed to him previously living in the Emirate for a number of years before moving to America in 2012 and he certainly does not seem to have lost any of his passion for the Middle East.

Stenson’s only outing so far in 2017 came as he tied for eighth a fortnight ago in Abu Dhabi and he is still likely to be riding the wave of confidence that saw him claim his maiden major title at the Open in July.

A win this week at Emirates Golf Club would help kick-start his year and the 40-year-old is the 7.00 favourite to take the honours, with Ryder Cup team-mate Rafa Cabrera-Bello his nearest rival at 17.00.

Stenson admits he always feels comfortable in Dubai and is looking forward to competing again on a layout he knows so well.

“I think it’s obviously a golf course that suits my game,” he said. “I won here in 2007 and had some other good finishes.

“I’m very familiar with the golf course. I’ve played it many, many times and just the feel of being home again, seeing the familiar faces, it’s always a great start-up for me in the season.

“It’s definitely one of my favourite courses to play, one of the courses in the world that I feel the most comfortable at.”