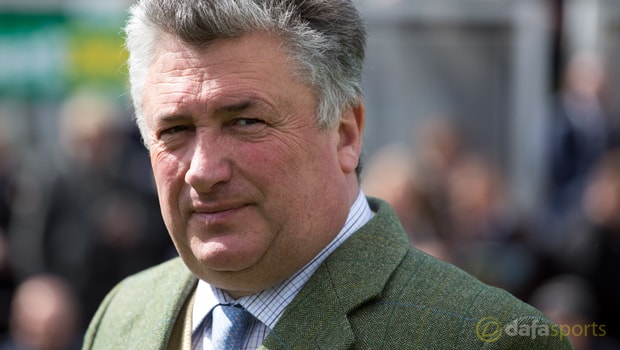 Trainer Paul Nicholls may run Politologue at Haydock later this month as he tries to extend his unbeaten record over fences.

The five-year-old was in disappointing form last year at the Cheltenham Festival when he finished 20th out of 26 runners, with Diamond King winning the Coral Cup Hurdle.

However, he adjusted well to fences in November when he won at Haydock under Harry Cobden and the grey gelding then stepped up with victory in a Grade Two contest at Ascot last month.

Nicholls’ charge is already being considered for the JLT Novices’ Chase at Cheltenham in March and the trainer has now said his stable star could run in the Altcar Novices’ Chase at Haydock at the end of the month.

“Politologue might go to Haydock on the 21st for the Grade Two, but there are other options as well,” the champion trainer told reporters.

“I’ve not had a chance to speak to John Hales (owner) yet but that race is a possibility, but nothing is set in stone.

He was at the top of his game at Ascot and he is obviously exciting. One thing he does do is jump and gallop.

“I’m in no hurry with him as he is a horse for the future.” Nicholls is again expected to have a busy Cheltenham Festival at Prestbury Park and will be hoping Dodging Bullets can spring a surprise in the Champion Chase.

He is 41.00 to win the race after being pulled up earlier this season at Ascot before showing signs of his former self at Huntingdon last time out.