Roma star Stephan El Shaarawy refuses to give up on Scudetto 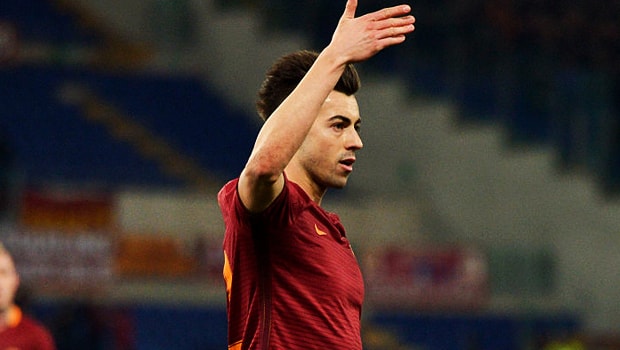 Roma forward Stephan El Shaarawy has refused to concede defeat to Juventus in the battle for the Serie A title.

Defending champions Juventus overcame Inter Milan on Sunday to maintain a six-point lead over Napoli at the top of the table.

Roma are a point further back in third spot, but El Shaarawy feels the battle for the Scudetto is far from over.

“They [Juve] have won games and won them convincingly,” he told the official Roma website. “It’s down to their mentality, also last season when they went on a crazy run. They deserve credit.

“They’re a strong side and have done very well. We have just as much quality, however, and we shouldn’t limit our ambitions. We have to try and stay on their tail.”

Roma host Fiorentina on Tuesday and can leapfrog Napoli if they secure all three points and El Shaarawy feels the Giallorossi will need to be on top form if they are to claim a win.

He added: “It will be a tough game; Fiorentina play very good football indeed. We need to get back to winning ways and go above Napoli, and so we don’t let Juventus get away.

We need to keep on winning and go as far as we can in each competition we’re playing in.” Roma are 10.00 to win the Serie A title and 1.62 to see off La Viola on Tuesday.

The Rome club will be without Mohamed Salah, who is set to return to training on Wednesday after reaching the Africa Cup of Nations final with Egypt, and defender Thomas Vermaelen due to injury.

A draw is 4.00 and Fiorentina can be backed at 5.50. The visitors are likely to have star forward Nikola Kalinic available again after a knee injury saw him miss the win over Pescara last time out.