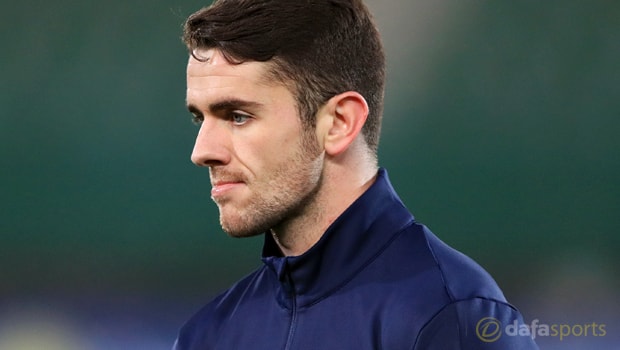 Robbie Brady says he will do whatever he can to repay the faith shown in him after Sean Dyche made him Burnley’s record signing.

The versatile Republic of Ireland international signed a three-and-a-half-year deal for a club record fee of £13million from Norwich on transfer deadline day.

Brady is delighted to be back in the Premier League and the former Hull City man turned down interest from Sunderland and Crystal Palace in order to make the move to Turf Moor.

“I’ll grab it with both hands and hopefully I can do my bit to help out the lads.”

The 25-year-old has been impressed with Burnley’s form in the Premier League this season and he was at Turf Moor in time to watch his new team-mates beat champions Leicester on Tuesday.

That win lifted Burnley into tenth position and Brady is keen to get the chance to show his new boss what he can bring.

“It’s massive [to be back in the Premier League], it’s so important, it’s where everyone wants to be,” he told the club’s website.

“[Burnley] have had a fantastic start to the season, it looks like a club going in the right direction and I’m just buzzing that the manager has shown enough faith in me to want to take me here and hopefully I can repay him.”

Brady joins childhood friend and fellow Ireland international Jeff Hendrick on the books at Burnley and he says he has got nothing but positives from him regarding the club.