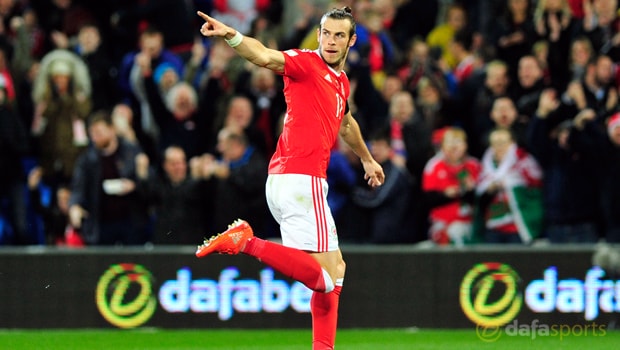 Real Madrid manager Zinedine Zidane has admitted he will be taking no risks when it comes to bringing Gareth Bale back into the first-team picture.

The Wales international has been out of action since November after undergoing surgery after sustaining ankle ligament damage.

He was originally ruled out until March and Zidane insists he will not try to rush him during his rehabilitation.

After suffering back-to-back defeats to Sevilla and Celta Vigo, Bale’s absence was starting to be felt but Madrid have now extended their unbeaten run to three matches.

Madrid moved four points clear at the top of the La Liga table as they beat Real Sociedad 3-0, while Barcelona were held to a 1-1 draw by Real Betis.

Zidane’s men exited the Copa del Rey on Wednesday after failing to get past Celta Vigo on aggregate but the Frenchman is refusing to rush back Bale as a result.

Both Luka Modric and James Rodriguez are expected to return for Sunday’s clash with Celta but Bale will be given time according to the former midfielder.

He told reporters: “Our idea is to have Luka back next week. We will see (how he is) on Tuesday and the same goes for James.

“Gareth will take a while longer. He is now on the training pitch in boots which is a good sign, but we have to take it slowly.”

Madrid, who are priced at 5.50 to win the Champions League, are set to be without Bale for their first-leg tie with Napoli in February but he could return in time for the second leg on March 7.