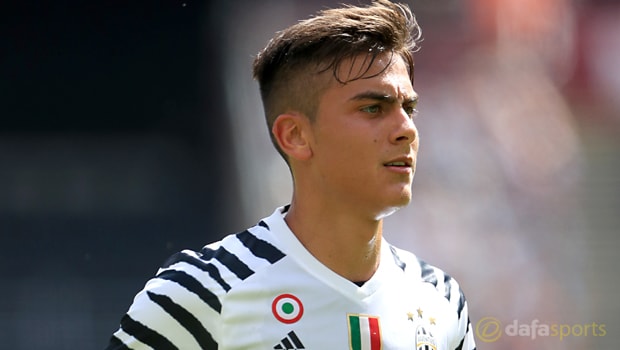 Juventus forward Paulo Dybala is confident he will agree fresh terms with the club sooner rather than later.

The Argentina international has established himself as a key man at the Juventus Stadium since his switch from Palermo in the summer of 2015, with 24 goals in 50 Serie A outings to date for the Bianconeri.

Dybala has only managed five Serie A goals this season, although he has often plays in a supporting role following compatriot Gonzalo Higuain’s summer arrival from Napoli.

The 23-year-old’s displays for Juve have resulted in speculation linking him with the likes of Premier League leaders Chelsea and Spanish heavyweights Real Madrid and Barcelona.

However, Juventus are keen to keep hold of the 23-year-old and Dybala has now confirmed he is close to agreeing fresh terms in Turin.

“We are very close to the renewal and there is very little missing,” he told Sky Italia.

“My agent will come to Italy to talk about the last things with Marotta, but the will is there on our part.”

Juve host Dybala’s former side on Friday evening and the striker is 4.20 to grab the first goal against Palermo.

The Italian champions travel to Porto for the first-leg of their Champions League last-16 tie next week and they can be backed at 2.20 to claim a win. Porto are 3.50 to come out on top and a draw is available at 3.10.