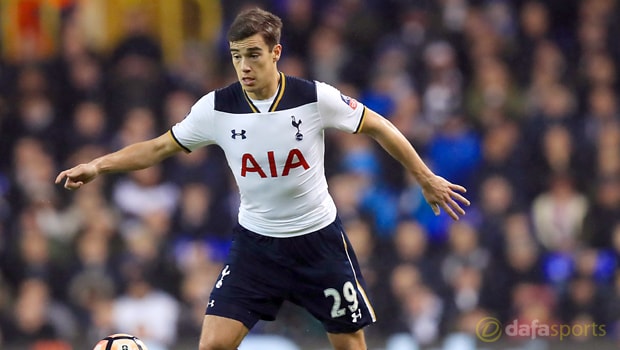 Tottenham have confirmed midfielder Harry Winks has signed a new deal at the club which runs until 2022. The 21-year-old joined the club in 2012 and he has come through the academy system in the last few years.

Winks has continued to progress and has become a regular in Mauricio Pochettino’s first-team squad this season.

Pochettino has given him plenty of opportunities to impress, with the youngster making 17 appearances in the Premier League this season.

Although most of them have come off the bench, he did score his first goal in his first Premier League start in the 3-2 win against West Ham back in November.

He has also started twice in the Champions League, while he continues to impress for England after playing in the Under-21’s last season.

Speaking about his new deal, Winks said: “I’m delighted, over the moon to be signing another contract, commit my future more and look forward to the upcoming years.

“I’m still a Spurs fan, it’s always my boyhood club. Every time I play for the team, I give it my all – it’s in my nature really.

I’ve been playing for Tottenham since I was six but I feel like I’m gradually getting a more important role. “The club are believing in me.

Obviously I’m doing well on the pitch to be rewarded with this but ultimately it doesn’t stop there.

I’ve got to keep working hard and and keep improving.” Winks will be hoping to play his part in the club’s next match against Gent in the Europa League.