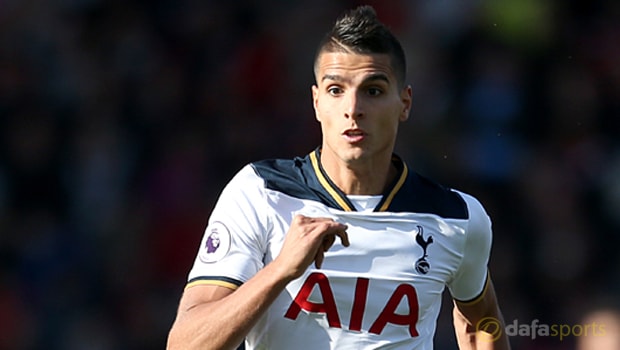 Erik Lamela has moved to quash rumours he is seeking a move away from Tottenham Hotspur.

The Argentine midfielder is currently in Italy receiving treatment at former club Roma, where he is accompanied by a Spurs doctor.

Lamela hasn’t played since October and there have been persistent press rumours suggesting he is not happy in north London.

At the beginning of December, it was reported that he returned to Buenos Aires for a week after his brother was seriously injured in an accident.

Other reports have speculated that the 24-year-old is homesick and considering returning to Italy permanently.

The player took to social media to reiterate he is in the Italian capital only to receive treatment and that he cannot wait to return to action for Spurs.

Lamela said on Twitter: “Just to be clear, I am in Roma at the moment recovering for an injury and not for any other thing that is not to do with football!

Missing White Hart Lane every minute! Thanks to all of those who encourage me day by day!”

Lamela underwent a scan on his hip last Friday which revealed no serious issues and Tottenham manager Mauricio Pochettino said he felt “positive” about the player’s recovery timeframe.

“The result was the same so now it’s about how he adapts his programme,” Pochettino told Tottenham’s official website.

Pochettino’s team are 9.00 to win the title this season, while they are 1.30 to finish in the top four.