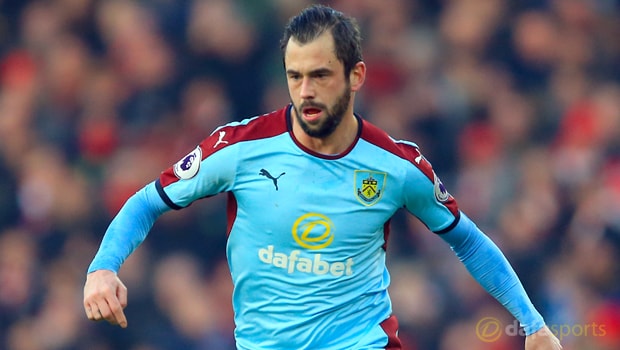 The Belgium international sustained a hamstring injury in the win over Leicester City and has missed the last two games as a result.

Dyche is yet to categorically rule out the 28-year-old midfielder, but he admits Defour is facing an uphill battle to prove his fitness ahead of the fifth round tie against the National League side.

“Not close enough,” said Dyche in the Burnley Express when asked how close Defour was to making the game. “It’s not too long but I doubt he’ll make next week. He might do, but I doubt it.”

If Defour does miss out against Lincoln he could make a return when the Premier League resumes on February 25 as Burnley travel to Hull.

The Clarets are also without suspended midfielder Jeff Hendrick for the visit of the Imps as he serves the second match of a three-game ban.

Ashley Westwood is available but fellow January recruit Robbie Brady is cup-tied having featured for former side Norwich City earlier in the season.