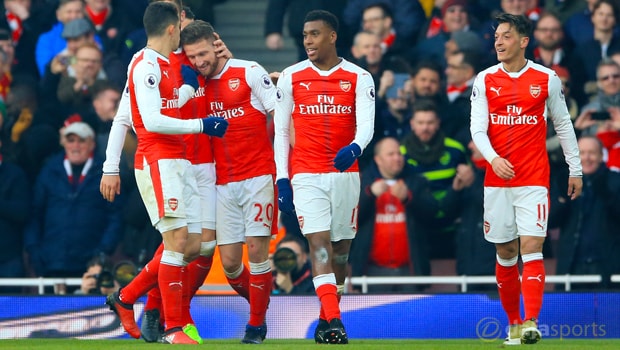 Arsenal centre-back Shkodran Mustafi admits he is determined to maintain his own personal unbeaten run at the club.

The Germany international joined the club in the summer and he has since made 22 appearances during that time, winning 16 of them and drawing six.

He missed a few weeks of action in December and the Gunners paid the ultimate price as they lost to both Manchester City and Everton in back-to-back matches.

Mustafi has since returned to the fold and his performances have helped Arsenal move up to second in the Premier League table.

When asked about his record, the former Valencia man admits he is ready to fight to keep it going.

“I hope I can keep that statistic until the end of the season,” he is quoted as saying by Sky Sports.

“It’ll be difficult but for me personally but I just go from game to game and try to give the maximum and improve, then the results come.

“When I lose I sometimes just don’t come home and stay at the hotel, because I don’t want to listen to all that.

But I’m happier for the other people than me that I haven’t lost yet. “When I go into a game I’m not thinking about losing, I’m there because I want to win.

If I do something I do it properly, I’m a footballer because I want to improve and win games, that’s why I’m sometimes difficult when I lose.”

The 24-year-old will be hoping to maintain his impressive record on Tuesday when Arsenal host Watford at the Emirates Stadium.