Antonio Conte calls for an end to Diego Costa speculation 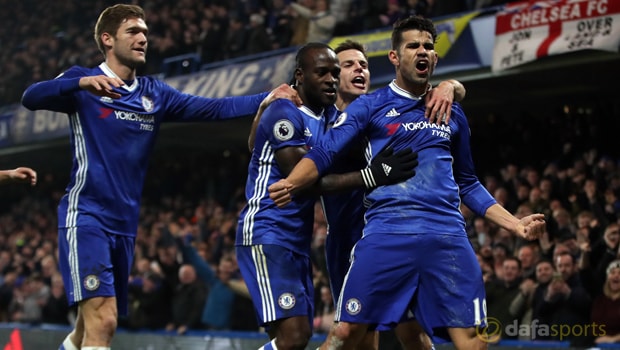 Chelsea boss Antonio Conte insists Diego Costa is ‘very happy’ at the club and he has called for an end to the speculation linking the forward with a move away from Stamford Bridge.

The Spain international was reportedly involved in a training ground bust-up with a member of the club’s medical staff earlier this month and he has since been consistently linked with a move to the Chinese Super League.

The 28-year-old missed his side’s 3-0 victory over Leicester on January 14, but he returned to the side for Sunday’s 2-0 win against Hull, scoring the opening goal of the contest.

Conte now wants to draw a line under the speculation surrounding Costa, insisting the striker, who still has over two years to run on his current contract, will not be leaving the Blues anytime soon.

“Diego has two years left on his contract at Chelsea. I think his contract puts an end to speculation,” the Italian said.

“I repeat that he is very happy to stay at Chelsea. For us, it’s very important to be concentrated in the present.”

The former Italy boss is unsure if Costa will be offered an extended contract to remain with the club because that decision will be in the hands of the club’s hierarchy.

He added: “I don’t know [if he will be offered a new contract] – this is a decision that will have to be taken with the club.”

Chelsea moved eight points clear at the top of the Premier League table following their triumph over the Tigers and they are priced at 1.36 to claim top-flight glory come the end of the season.