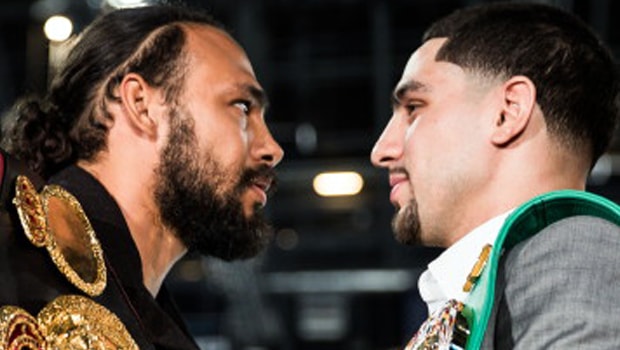 Danny Garcia says he feels under pressure to “be the best” ahead of his welterweight clash with Keith Thurman.

The pair are both undefeated ahead of the showdown at the Barclays Center in Brooklyn, New York, with Garcia putting his WBC title on the line and Thurman bringing his WBA Super crown to the table.

Garcia, who has 19 wins inside the distance in 33 contests, is 2.88 to claim the win and he admits he is feeling the pressure, but he is convinced he will be on top form when he faces off against Thurman on March 4.

“There’s a lot of pressure on me to be the best,” he said during his a media workout in his native Philadelphia on Wednesday.

“That’s what keeps me focused. I think about the eyes that are going to be on me and I have to go in there and look my best.

These kind of fights really bring out the best in me.” Garcia, 28, has recorded victories over the likes of Amir Khan, Paulie Malignaggi and Lamont Peterson in the past but Thurman will prove a tough opponent.

Thurman has stopped 22 of his 27 opponents and the 28-year-old outclassed Shawn Porter in his last outing. Thurman is 1.44 to claim a win and the draw can be backed at 23.00.