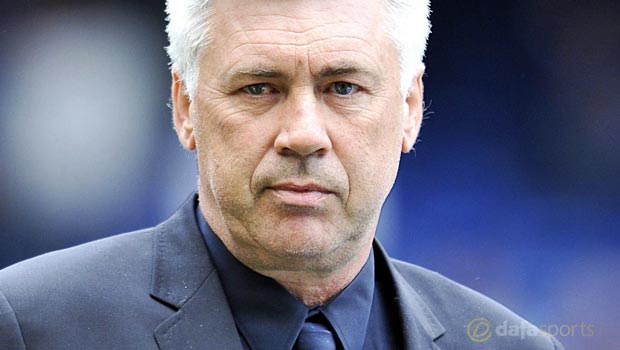 Carlo Ancelotti appears to have ruled himself out of the running for the Liverpool job after insisting he is not ready to return to management just yet.

The Italian is out of work after being sacked by Real Madrid at the end of last season and Liverpool have been heavily linked with a move following the departure of Brendan Rodgers.

Jurgen Klopp is reported to be Liverpool’s number one target, but Ancelotti is also an option for the Reds’ hierarchy.

Ancelotti is proven in the Premier League after winning the title with Chelsea during a three-year stint and, considering he is out of work, it is no surprise to see him linked with the Anfield hot seat.

Ancelotti’s assistant at Real, Paul Clement, who is now in charge of Derby County, has also said the former AC Milan boss would be perfect for Liverpool.

However, Ancelotti seems to have other ideas and although he will return to management one day, he is in no rush and will wait until next season.

“I enjoy my time now but, of course, I want to come back to manage – to work – because it is my passion,” Ancelotti told the Associated Press at an event in London. “I want to take my time to rest, but next season I am ready.”

Klopp is also enjoying a sabbatical away from the game and is yet to comment on the strong reports that Liverpool are actively pursuing him.

Liverpool are priced at 2.98 to win at Tottenham when they return to action on October 17, but it remains to be seen if their new manager will be in charge by that time.