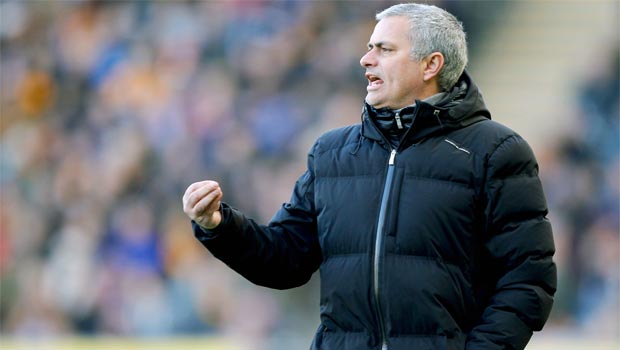 Jose Mourinho has committed his future to Chelsea and says he will see out his managerial days at Stamford Bridge if he has it his way.

Mourinho won five major trophies, including two Premier League titles, during his first spell in charge of the club between 2004/2007 before heading off to pastures new.

The Portuguese went on to enjoy success at Inter Milan and Real Madrid but five years later he is back at Stamford Bridge and insists he has no intention of leaving.

Mourinho has often spoken about his love for Chelsea but for the first time he has admitted that he wants to see out his days at the club, given the chance.

“I’m not here thinking about my next move because I don’t want to have a next move,” he revealed.

“I will have a next move if and when Chelsea decides it’s time for that. I’m here to stay. I belong to Chelsea, Chelsea belong to me.

Mourinho admits he is faced with different challenges this time around but says he enjoying every minute.

“I’m enjoying this challenge. It’s a different challenge from before,” he said.

“The other one was to win for the first time, there was the impact of a new foreign owner that was something new in English football and world football. Now it is a different perspective.

“I have different people at different stages of their careers in my hands. You never know how they will react.”