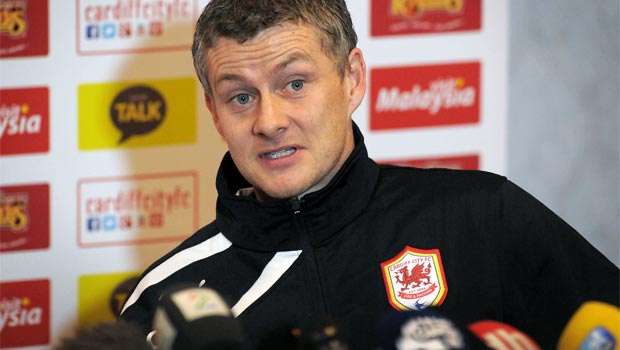 Ole Gunnar Solskjaer is hoping to give Cardiff’s survival chances a boost by adding at least another two players to his squad before the transfer window closes.

The Bluebirds slipped into the bottom three of the Premier League on Saturday afternoon following a 2-0 defeat against fellow strugglers West Ham and Solskjaer is well aware of the fact he needs more quality.

The Norwegian has already been busy when drafting in Magnus Wolff Eikrem and Mats Moller Daehli from Heerenveen and former club Molde respectively, and the spending will not stop there.

Hannover striker Mame Biram Diouf, who is also on Stoke City’s wanted list, is a player that Solskjaer knows well from his time with Manchester United and a bid is said to be in the pipeline.

Current United players Wilfried Zaha and Fabio have also been linked with loan moves but Solskjaer is refusing to name his targets and has played down talk of a double deal.

“I can’t say anything on them (Zaha and Fabio) because they are players from Manchester United and I can’t comment on players from other teams. I am looking at strengthening my squad, but I can’t say names.

“It is not about the number. I will work with the players I have here but if the right one comes up then I will do business like I have with Magnus and Mats.”

Meanwhile, Solskjaer has also dismissed suggestions he will try and create another Manchester United in south Wales.

“No, I’m creating a new Cardiff,” he said. “We need our own identity, it’s not about emulating or copying anyone else, we want to play football.

“I want to develop Cardiff into a team everyone can be proud of the way they play football. It’s not about copying anyone else, but obviously I want players I can trust and can play the way I want to.”