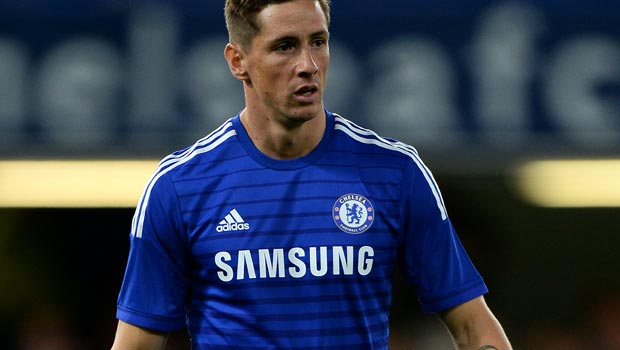 Diego Costa emphasised why Chelsea were desperate to sign him this summer as he scored the opener in a 2-0 win over Leicester, but Jose Mourinho insisted he wants to keep forgotten man Fernando Torres at the club this season.

The Spaniard had been included on the bench in the season opener against Burnley last week but he was left out of the matchday squad on Saturday, with returning hero Didier Drogba making a late cameo.

Torres has never quite lived up to the price tag at Stamford Bridge and has often been linked with a move away, which may of course still happen with a week to go in the transfer window.

His former club Atletico Madrid had been linked with a move earlier in the summer although it appears Italy is a more likely destination now with AC Milan, Juventus and Roma all reported to have an interest.

Whether a firm bid will change Mourinho’s mind remains to be seen but the Portuguese coach insists Torres is very much in his Chelsea plans this season.

“At this moment we are playing one match a week but that’s over next week, then we have Capital One Cup, Champions League and Premier League matches all together.

“We will have three matches every week in September, October, November and December so it will be easier for all of them because they will all be playing.

“He will play and score goals, to be very useful for us, he is a fantastic guy, a fantastic professional, so there is no problem.”

Chelsea have won two out of two in the Premier League so far and although Saturday’s win was not as fluent as their opening success, they remain the 2.15 favourites to win the title, ahead of Manchester City at 3.40 and Arsenal at 6.00.