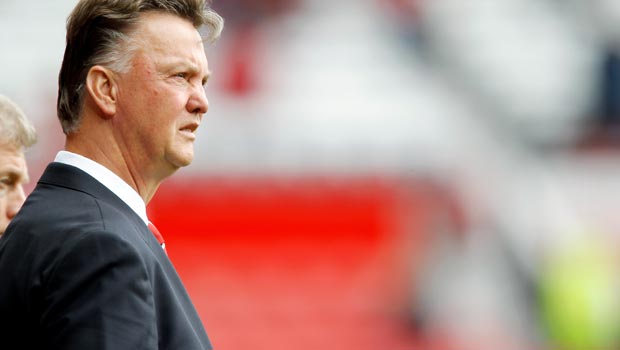 Manchester United boss Louis van Gaal still has a week to work his magic in the transfer window but he believes that it will take a ‘miracle’ for his side to lift the Premier League title this season.

The Red Devils enjoyed a good pre-season, beating the likes of Real Madrid and Liverpool, but were brought back down to earth on the opening day of the season with a 2-1 defeat to Swansea at Old Trafford.

Van Gaal’s men are currently priced at 10.00 in the outright betting to regain the Premier League title, behind only Chelsea, Manchester City and Arsenal, but the Dutch tactician admits it is a tough ask for his side to finish top this season.

“To win the title this season would be a miracle. But that isn’t to say that it isn’t possible,” he said.

Van Gaal is having to deal with what he has described as an ‘unbalanced’ squad with Marcos Rojo brought in last week as the fourth new signing this summer – along with Luke Shaw, Ander Herrera and Vanja Milinkovic – but there is sure to be more activity before the transfer window closes.

The latest reports suggest United are closing in on what would be a British record transfer for Real Madrid and Argentina winger Angel di Maria, with Paris Saint-Germain understood to be reluctant to meet the £50m-plus valuation of the player.

Whether that transfer goes ahead remains to be seen but Van Gaal is certainly aware that he needs to bring in reinforcements, while hinting that some current players could be on their way.

“The problem I have at United is that the selection is not balanced.
There are five number nines and six number 10s – and we don’t have enough defenders.”