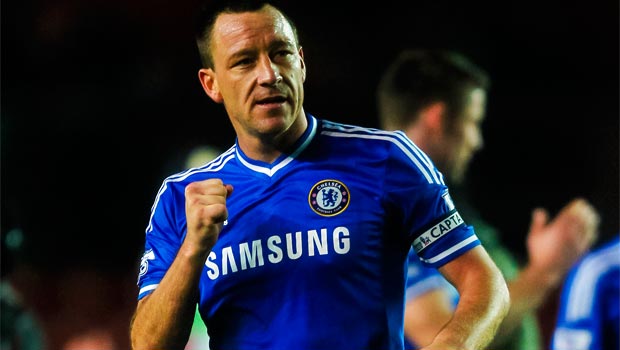 Chelsea boss Jose Mourinho has confirmed that John Terry will sit out the Blues’ game with West Brom at the Hawthorns on Tuesday night due to injury.

Terry missed his first Premier League minutes of the season as he sat out Saturday’s 3-0 win over Newcastle with a muscular injury and he will again miss out against the Baggies.

Mourinho has confirmed the injury is not a serious one but he will be taking no risks and would prefer to make sure he is fully fit for the FA Cup showdown with Manchester City.

However there is some good news regarding Fernando Torres, who is making good progress following a knee injury and is in line to face the Baggies.

“John Terry is still out but Fernando is back and available for selection,” he said.

“I expect John to be back for the next game (against Man City).”

Chelsea travel to West Brom sitting pretty at the top of the table but he will not take the opposition lightly and admits that every point is huge as the title race hots up.

“Maybe the teams not in the top four will be very influential in the league,” he said.

“Normally, people are pushed to say Chelsea against Arsenal, or Arsenal against City, or Liverpool against City. These are the matches that decide things. But maybe they aren’t.

“Every game is important. If we don’t win this game, it’s not just about the title contenders to jump to the leadership again. It’s also about Tottenham to win, Everton to win, and closing also the gap. At this moment, every point is important.”