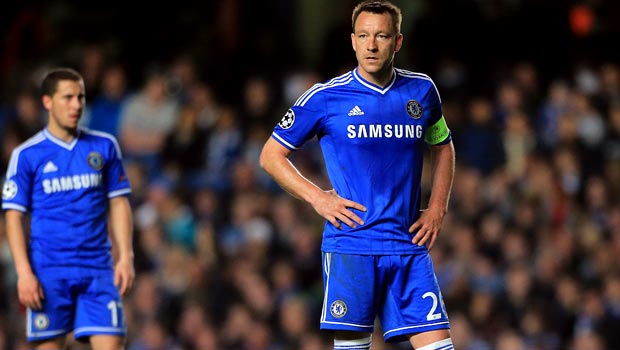 Chelsea captain John Terry is adamant that he wants to sign a new deal in order to finish his career at Stamford Bridge.

The former England international is yet to agree fresh terms, with his contract set to expire this summer.

Recent reports suggest the club and player haven’t been able to thrash out his wages or the length of the deal, but Terry has revealed the club is still in talks with his representatives.

Confirming his intention to sign a new deal, Terry said: “Clearly, I want to stay for the rest of my footballing days.

“At the minute we’re in talks and it’s ongoing. I’m hoping it gets done. It’s down to the club. They know I want to stay.”

Terry has also confirmed he is fit and ready to play against Atletico Madrid on Wednesday night.

The centre-back picked up an ankle injury during the first leg of the Champions League semi-final and he was originally ruled out for the majority of the rest of the season.

Boss Jose Mourinho claimed Terry could make the final if the club reach it, but he is set to start against Diego Simeone’s men.

“After I went down (in Madrid), I knew it was something a bit more serious,” Terry said.

“After the game I wasn’t feeling great about it and the scan told me it wasn’t great.

“Myself and the physios gave it everything over the weekend and on the Sunday I went out and trained with the boys who stayed back (from Liverpool).

“There’s nothing bigger than the Champions League and I’m always determined.”