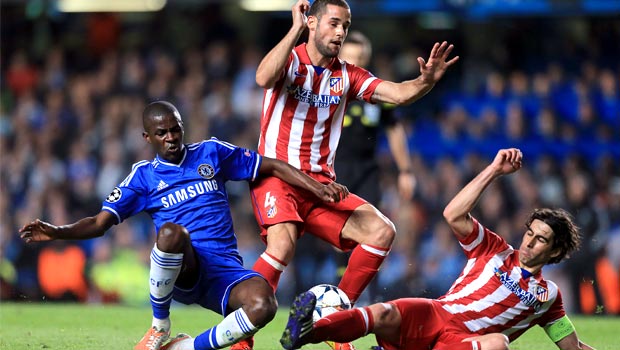 Atletico Madrid boss Diego Simeone is confident his side can get a result against Chelsea and reach the Champions League final.

The two sides will meet in the second leg of their semi-final at Stamford Bridge on Wednesday night, with the tie goalless after the first leg.

Jose Mourinho’s men managed to keep matters level after sitting back and holding on at the Vicente Calderon last week, but the Blues are expected to attack more as they try to reach another European final.

Atletico have been in sensational form in La Liga this season and they look set to clinch the title ahead of rivals Real Madrid and Barcelona.

Simeone insists he will also do everything in his power to reach the Champions League final in Lisbon, but he believes his team’s work ethic will be the difference.

“I’m not thinking about what we’ve achieved. I’m not focusing on where we are at the moment, I’m just focusing on keeping on moving forward.

“I’m not comparing Chelsea, a team that won the Champions League two years ago, with Atletico Madrid.

“In the end the best team will win and I believe with our hard work, I believe we can do well and maybe try to get a positive result.”

Chelsea are the favourites to win at Stamford Bridge at odds of 2.33, while Atletico can be backed at 3.18, with the draw priced at 3.26.