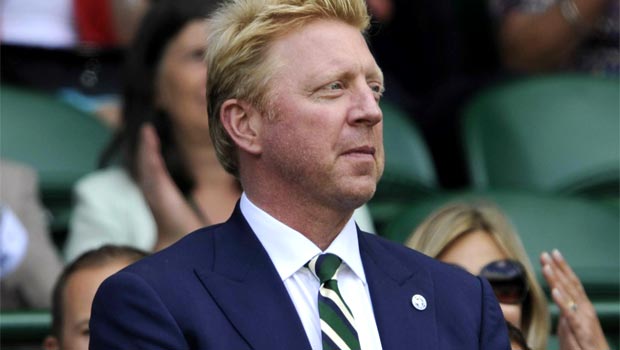 Boris Becker says Novak Djokovic is desperate to become the top player in men’s tennis again and is hopeful of helping him achieve his goal after joining his coaching team.

It was announced this week that three-time Wimbledon champion Becker was to link up with the Serb as his new head coach, a surprise move given how well Djokovic has done up until now.

The 24-year-old has won six Grand Slam titles since turning professional but was usurped as the world number one by Rafael Nadal this year.

Becker has now revealed that he was brought on board to try and help Djokovic get back on top of the rankings, as well as achieving his goal of winning more major titles.

The German says he is taking his new role very seriously and has so far been impressed with the hunger and desire shown by the world number two.

“This isn’t a half-hearted job, it wouldn’t be right for him or for me,” Becker told BBC Sport.

“You’re in it to win it, you either go at it fully or you don’t – either I commit myself or I don’t commit myself.

“He had a couple of bad losses this year in the finals of the Grand Slams, he’s such a winner and wants to win so badly and wants to go into the history books of tennis.

“The fact Nadal has taken over and Murray has moved up a gear, he was left behind a little bit – I’m talking on a really high level, the last five or 10% that maybe has been missing for whatever reason.

“He decided he needed somebody in his corner that had been there and done it, and that’s why I’m coming in.”

Becker will begin his new role when Djokovic starts his build-up for the Australian Open and will work with the Serb before and during the majority of 2014’s major tennis tournaments.