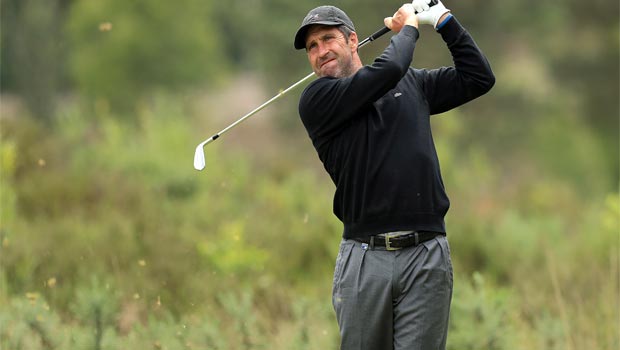 Jose Maria Olazabal says his European team will need to be nearly perfect over the next two days if they are to win the Royal Trophy after Asia took a commanding 3-1 on day one.

There was little to shout about for Europe on the Dragon Lake Golf Club’s Asian Games Course on Friday as the hosts dominated the foursomes.

Asia’s highest-ranked players, Thongchai Jaidee and Kiradech Aphibarnrat, were paired together in the top match and wasted little time in putting Scottish duo Paul Lawrie and Stephen Gallacher to the sword, going four up inside the first six holes.

Aphibarnrat completed an emphatic 5&3 victory for Asia with a 35-foot eagle putt on the 14th as the home side got off to the best possible start.

In the second match, Ryo Ishikawa and Hiroyuki Fujita copied their team-mates’ fast start as they went three up through four holes before holding off Belgian Nicolas Colsaerts and Austrian Bernd Wiesberger to win 3&2.

Koreans KT Kim and Kim Hyung-Sung continued Asia’s fantastic start to the competition as they beat Spaniard Alvaro Quiros and Denmark’s Thorbjorn Olesen, Kim hitting the shot of the day as he holed from 150 yards for an eagle.

Europe eventually got on the board when England’s David Howell and Scotland’s Marc Warren defeated the Chinese duo of Liang Wenchong and Wu Ashun.

With the odds stacked against his team, European skipper Olazabal is now hoping for a comeback that would go close to equalling Europe’s remarkable turnaround in the Ryder Cup against the United States in 2012.

“It was a bad day for us – we didn’t expect that start,” said the Spaniard.

“Now we have to be spot-on for the last two days – and that’s our goal. We have to play aggressively and go for it. We do not have much room to manoeuvre.”