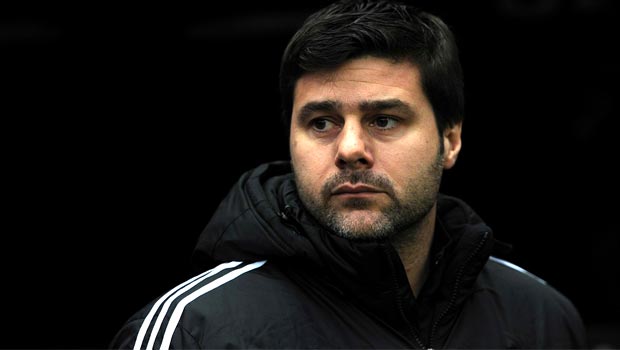 Southampton boss Mauricio Pochettino has distanced himself from speculation linking him with the vacant manager’s role at Tottenham, insisting he has had no contact with Spurs.

The Argentinian is believed to be on a shortlist drawn up by Spurs following the sacking of Andre Villas-Boas on Monday.

The 41-year-old has earned his position on the list with his work at St Mary’s, with Pochettino saving the Saints from the drop last season before guiding them into the top four earlier this term.

While Southampton have suffered a dip in form lately they’ll be hopeful of picking up their first win in six this weekend when, ironically, they face Tottenham at home.

When asked whether he had been spoken to about being in the opposition dugout this weekend, Pochettino said he had heard nothing from Spurs about their managerial role.

The former Espanyol coach went on to say that he was happy at Southampton and suggested he would not be comfortable working under a director of football, as he would have to if he went to White Hart Lane.

“As a manager what’s really important is that the sporting aspect is under my control, in terms of signings,” Pochettino said.

“Without my agreement no signings go through, and those two basic things are very important for any manager.”

Pochettino will pit his wits against Tim Sherwood on Sunday, the Spurs coach having been given a second game as caretaker manager by chairman Daniel Levy.

The latest reports suggest Sherwood is still in the running to succeed Villas-Boas on a permanent basis but he will need his players to perform at St Mary’s if he is to get the job after Wednesday’s Capital One Cup exit at the hands of West Ham.