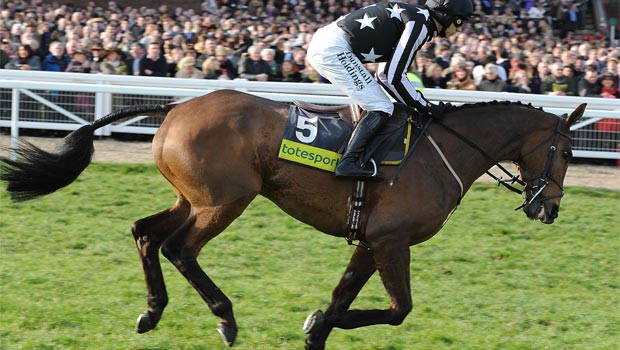 The 2010 Cheltenham Gold Cup winner Imperial Commander will compete for the final timeon Saturday in the prestigious Hennessy Gold Cup.

The 12-year-old has given racing fans many happy memories since making his debut in 2006 but after three runs in the last three years due to injury and fitness concerns, his syndicate, Our Friends In the North, have decided to retire him.

Imperial Commander has been given the chance to go out on a high at Newbury though, having been declared for the Hennessy Gold Cup.

The Nigel Twiston-Davies-trained gelding would become the oldest horse to ever win the race should he cross the line first on Saturday but faces a stiff challenge with 21 high-class horses set to run at the Berkshire course.

Imperial Commander’s last win came in the 2010 Betfair Chase but his syndicate remain confident he has a real chance of ending his career in the winners’ enclosure.

“He’s been working well with other horses at home and seems incredibly fit and well and Nigel says he couldn’t have him in a better place in terms of where we are now coming into the race,” said syndicate member Hugh Doubtfire.

“Obviously he’s 12 years old and, at the end of the day, he may not have the speed he had. Given that situation, one still hopes that his record fresh means he should run a big race.

“Personally I would have liked to have seen softer ground because he’s 12 and they tend to go quite quick in the Hennessy. Although traditionally he had a high cruising speed, I think in the Argento earlier this year he travelled ever so well in the heavy ground. Providing the ground doesn’t get too quick, I think he will run a big race.”

Rocky Creek and Lord Windermere are set to go off as the favourites for Saturday’s big race but face plenty of competition, with Our Father, Invictus, Katenko and Imperial Commander all harbouring genuine hopes of a win.