Manchester United: No end in sight for ageless Giggs 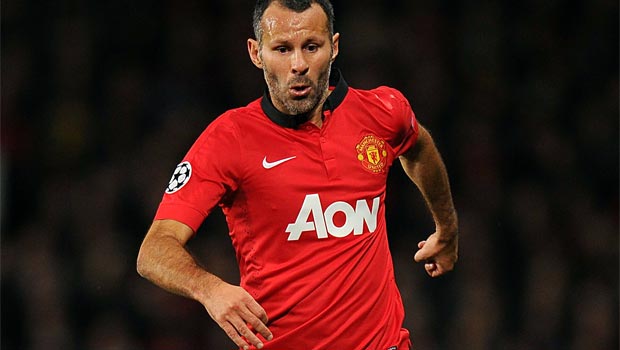 Manchester United legend Ryan Giggs says the thought of retirement has not crossed his mind despite turning 40 on Friday.

The Welshman is easily the oldest outfield player in the Premier League but shows no signs of slowing down, producing a memorable display in United’s 5-0 demolition of Bayer Leverkusen in the Champions League on Wednesday.

He showed in Germany he still has a strong appetite for the game and claims age is not a barrier to how long he can carry on playing.

Giggs is out of contract at the end of the season but despite taking on some coaching duties, he has made it clear he wants to stay at United in a mainly playing capacity.

“I’m lucky that I have been at one club, where I am surrounded by good players and a good manager,” he said.

“It can be hard sometimes but I am still enjoying it. As long as that is the case I will carry on.”

He added: “I still want to do well in every game, want to win trophies and my focus needs to be on that.”

Should Giggs sign a new deal to take him through until 2015 then he could reach the landmark of 1,000 appearances for the Red Devils.

The midfielder, whose debut was back in 1991, made his 953rd appearance for United in midweek and could add another one to that tally with a run out against Tottenham on Sunday.

Giggs will eventually go down as one of United’s greatest players having won 13 Premier League titles, four FA Cups, two Champions Leagues and a Club World Cup, amongst other honours, during his one-club career.