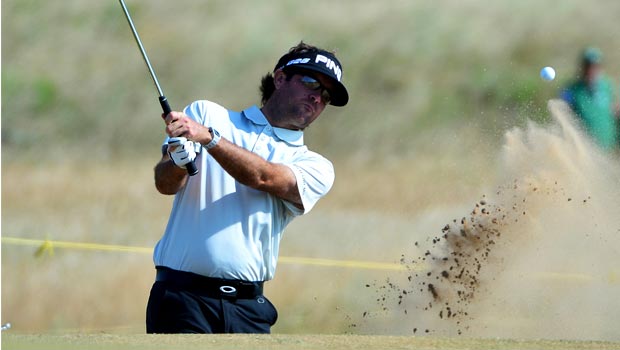 Bubba Watson managed a score of 68 in the second round of the the Masters to charge into a three-shot lead going at the halfway stage of the competition.

The American finished the round seven-under par to add to his impressive 69 that was shot in the opening round of the tournament.

Watson now looks to be well on his way to securing his second Green Jacket in three years and insists he is solely focused on doing so, saying: “”I’m trying to get the jacket back. I want that feeling again.

“It’s try to hit the greens, and if you’re hitting the greens that means you’re obviously hitting your tee shots well. So that’s all I’m trying to do, just hit the greens.”

Watson also commented on his impressive five-hole birdie streak on day two, adding: “It’s one of those things.

Everyone has had that stretch before, playing with their buddies or playing in a tournament, so it’s not that big a deal when we think about it.
“But at the Masters, it makes it a big deal.”

The American is now the firm favourite at a price of 2.50, as odds on Any Other Player to win the tournament sank to 4.50.

Second-placed Adam Scott is priced slightly lower at 5.50, with the next in line at 12.00 being American Speith.