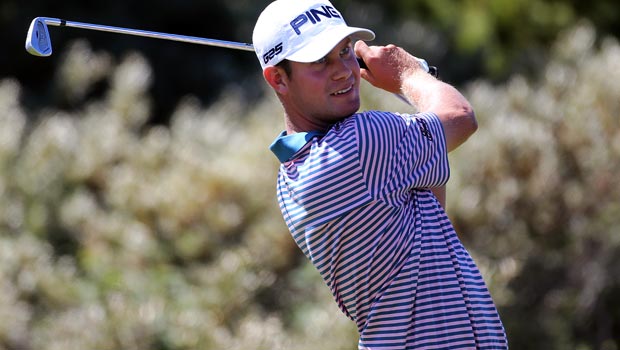 US Masters rookie Harris English admits he can’t believe how quickly he has achieved his goal of playing for the coveted green jacket at Augusta this week.

The 24-year-old Georgia native now aims to follow in the footsteps of fellow university alumni Bubba Watson and win the event that he grew up dreaming about when he tees off on Thursday.

“It’s been quite the whirlwind from just getting on the PGA Tour two years ago to making my way up and winning a couple of times,” English told ESPN.

“Early last year I was sitting around trying to figure out how I was going to get into the Masters and World Golf Championship events.

“The Masters is just a magical place, especially when you grow up in Georgia. It’s going to be surreal actually standing out there playing golf in the tournament. It’s the pinnacle of golf.”

The long-hitting English, the 2007 Georgia Amateur champion, has worked hard to reach this point, according to his swing coach Mike Taylor, and has the tools to match his rivals in the first major of the year.

“Harris has learned to handle his body and emotions better on the course,” said Taylor. “He’s getting into situations on Sundays where he’s playing with the better players and he’s seeing how they do it.”

English’s stunning victory over dual major winner and Masters favourite Rory McIlroy in 19 holes in the second round of WGC-Accenture Match Play, where he only trailed the former No. 1 in the world for a single hole, took guts and inspiration.

And the University of Georgia graduate, who got to play the Augusta National course annually in college, is no longer nervous around the big guns on tour.

“I almost feel like I belong now,” English added. “My rookie year I had an idea about what it took to be on the PGA Tour, but I didn’t really know what was going on. Now I feel like I have a lot more confidence in my game and myself. I’m so much more comfortable playing against the greatest players in the world.”

“During my rookie year,” he said, “it would make me nervous when I saw Tiger or Phil walk onto the practice green. I was a little starstruck.
It’s not that I’m more serious now. I’m just trying to take care of business.”

Although more accustomed to playing with the big names, English still admits he is awestruck by the course and the buzz of the event as he prepares to play the US masters for the first time.