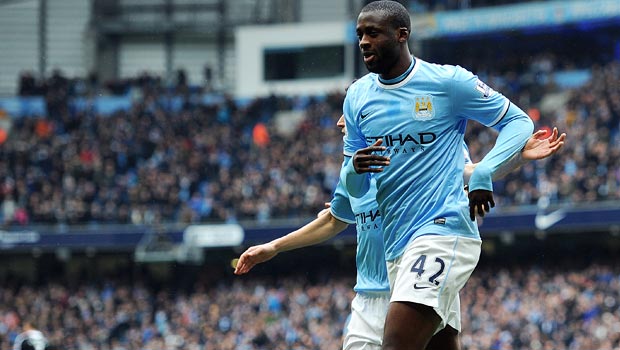 Midfielder Yaya Toure has indicated he would welcome a move to Paris Saint-Germain, amid reports he is seeking a Manchester City exit.

His agent, Dimitry Seluk, claims Toure is unhappy at the way the club’s hierarchy failed to acknowledge his 31st birthday and could leave due to a perceived lack of ‘respect’.

The midfielder has since admitted he would be open to a return to Barcelona and now Toure has revealed he would also consider a move to ambitious French side PSG.

“Given the goals of Paris, how could you not be interested in a club like that?” Toure told France Football. “PSG have become one of the strongest teams in Europe. It would be an honour to one day play for a club like that. If I can be of service [then good].

“Given the magnificent season Manchester City have had, everyone talks about me and everything is open. My agent, Dimitry, is hanging on the telephone and he knows what he has to do, I have complete confidence in him.

“Nobody knows what can happen tomorrow, my attention is on the World Cup and we will see afterwards.”

On a return to Barcelona, he added: “Yes, I have said I would like to finish my career at Barcelona. You never know because football moves quickly, you never know.”

Toure still has three years remaining on his current deal with City and speculation over his future could continue throughout the summer.

The Premier League champions have no desire to sell and are under no real pressure to do so, while it is understood that no bids have been made for the City talisman as yet.

Toure’s Ivory Coast side are 1.90 to qualify from World Cup Group C, while Japan can be backed at 2.00, with Colombia and Greece completing the group.

The Ivory Coast are 3.20 to finish rock bottom of the group.