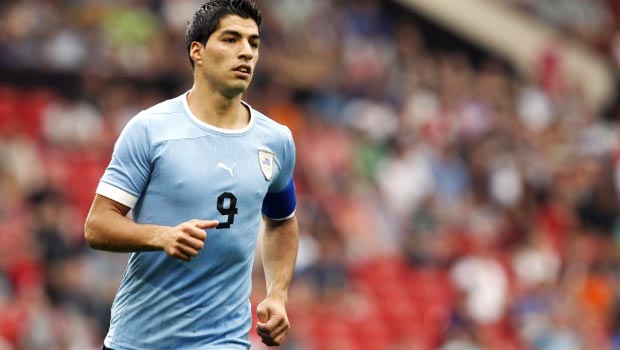 Uruguay have not made any decision on Luis Suarez yet but remain hopeful that their star man will be fit for the start of the World Cup next month.

The Liverpool striker underwent keyhole surgery on his injured left knee last week and is a doubt for the tournament in Brazil.

The forward could be sidelined for up to six weeks as a result of the operation but La Celeste remain convinced he will be able to recover in time for the World Cup.

“We can happily say that Luis’ participation in the World Cup is not ruled out,” team doctor Alberto Pan told a press conference on Monday.

“It is very risky to give exact dates. We cannot have absolute certainty or clear numbers but the post-operative period has been very good.

“Luis is very positive, I never heard a negative expression, and he says it is better every day.

“Today [Suarez] is painless [and] is working on fitness and supporting essentials.”

Uruguay open their World Cup campaign against Costa Rica on June 14 but they may select Suarez even if it becomes clear he will not be fit for their first game.

The South American side also face Italy and England in Group D and Uruguay could include Suarez in their final 23-man squad with a view to making a return against one of the two European sides, who on paper represent sterner opposition than Costa Rica.

Suarez is priced at 15.00 to finish as the tournament’s top goal scorer while Uruguay are available at 24.00 to win the World Cup.

Uruguay are installed as 1.45 favourites to win their opening match against Costa Rica, who can be backed at 6.75 to come out on top.