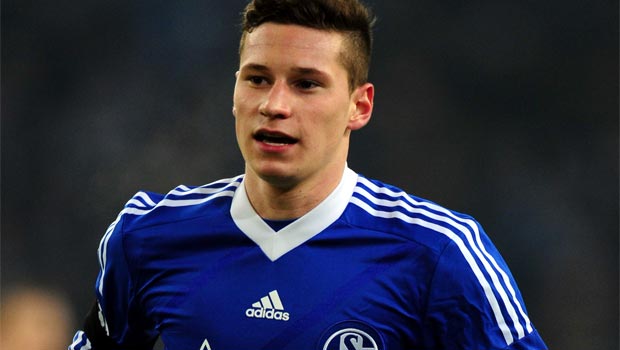 Arsene Wenger continues to play down rumours that Schalke 04 striker Julian Draxler is set for a £36 million move to the Emirates.

Some sources insist the deal with go through in a matter of days, but, speaking after last night’s comfortable 4-0 FA Cup win over Coventry, Wenger insists the speculation is well wide of the mark.

Should Draxter arrive at the club it would heighten the pressure on the likes of Lucas Podolski, who did everything that was asked of him against Coventry.

The German forward bagged a first-half brace before late goals from substitutes Olivier Giroud and Santi Cazorla eased the Gunners into the fifth round on a rainy night in north London.

Podolski now has five goals in seven appearances for the Gunners this season and Wenger was delighted with his contribution.

“Podolski can score goals and when you have a goal chance you want him to have it,” said the Gunners boss.

“He is a clinical finisher and he has an unbelievable short and quick back lift. He is very accurate in his finishing.

“He can be effective, he can score goals when he starts and when he comes on, he is always dangerous.

“His performances have been more convincing on the flank than in the middle until now.”

England international Alex Oxlade-Chamberlain successfully came through his first start since August, playing for 71 minutes before being replaced by youngster Gedion Zelalem.