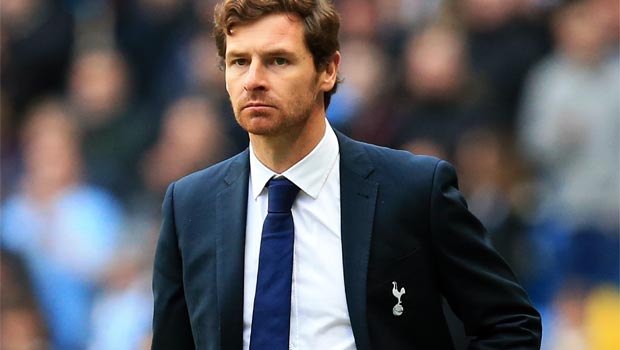 Andre Villas-Boas has blasted suggestions he is facing the axe at Tottenham and insists he has the full backing of the board at White Hart Lane.

Expectations are high at Spurs after the Portuguese boss spent £110million on attacking talent during the summer, but they have failed to produce the goods on a regular basis.

Tottenham sit ninth in the Premier League, two points off the Champions League places, but it was the manner of the 6-0 hammering at Manchester City on Sunday that set alarm bells ringing among the fans.

Some bookmakers made Villas-Boas odds-on favourite to get the axe following the club’s worst defeat in almost 20 years, but he insists his job is safe going into Thursday night’s Europa League clash against Tromso.

“The only conversation (the board and I) had recently was two or three days ago.

“The board is of the same opinion that everything went wrong (against City) and we hope to get some response in the future.

“It was an ordinary meeting. We only spoke very briefly about the game.”

Chairman Daniel Levy has yet to publicly back his manager but Villas-Boas does not want him to.

“No. No. That’s not his style, and neither do I ask for things like that,” Villas-Boas added.

Tottenham are already through to the knockout stages of the Europa League so the pressure is off, however it will be back on again at the weekend when Spurs face Manchester United.