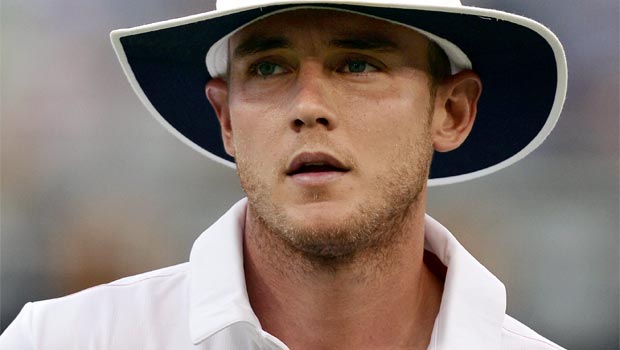 Stuart Broad says England’s defeat to Australia in the first Ashes Test was “a blip” and they will bounce back in Adelaide.

England suffered a humiliating defeat over just four days at the Gabba as the hosts went 1-0 up in the series, but Broad is confident they will recover.

The loss of Jonathan Trott, who has returned to England suffering from stress-related illness, has also been a blow, but Broad says it will not affect the players going into the second Test.

“I think this team is very good at focusing on the cricket when that time arises – and although the changing room’s thoughts are with Trotty at the moment, we need to get back to training at Alice Springs this week,” he said.

“We’ve got a huge task on our hands. We had a blip last week, but I can’t see this group of players allowing that to happen throughout the tour.”

Broad knows the performance in Brisbane was well below the high standards they have set and says the whole dressing room is united and determined to put it right.

“There will be some guys who know they didn’t perform to the level expected of them in international cricket and will have to do better in Adelaide,” added Broad.

“We need to get our plans and skills right going to Adelaide.

“I think it will be very different to Brisbane in terms of the pitch, and we need to focus on getting right for it.

“This squad has a real steely determination, and the Gabba result hurt us.

“We’re a proud bunch, and I’m sure that the performance levels will be back up to where they need to be come Adelaide.”