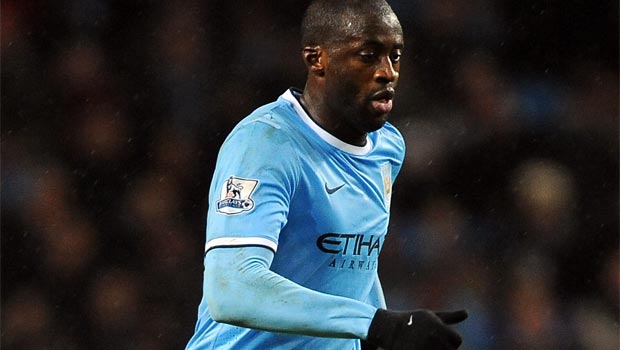 Manchester City midfielder Yaya Toure insists he is happy with life in the Premier League, but he hasn’t ruled out a move to Ligue 1 champions Paris Saint-Germain in the future.

The City star has been in fine form this season, scoring 14 goals in 26 games under new boss Manuel Pellegrini.

The 2012 Premier League champions are in sensational form in all competitions, and they booked their place in the Capital One Cup final on Tuesday, where they will face Sunderland on March 2 as massive 1.13 favourites.

They are currently second in the Premier League but 2.00 favourites to go on and lift the title, 4.00 market leaders to win the FA Cup while they are also through to the knockout stages of the UEFA Champions League.

With a mouth-watering clash against Barcelona next up in Europe, Toure admits he is relishing the thrill-ride in Manchester but has refused to rule out a move to Paris in the future.

The Ligue 1 giants look destined at 1.05 to defend their crown and are one of the richest clubs in the world, with Toure describing their squad as ‘scary’ with the likes of Zlatan Ibrahimovic, Edinson Cavani, Ezequiel Lavezzi, Thiago Silva and Javier Pastore all amongst their ranks.

Speaking about a possible move to PSG, he told French radio station RMC, Toure said: “Everything can be possible. Why not?

“In life, you never know. Everything is going well right now at City, but one never knows. When you have great teams like this, where there are already great players, it attracts.

“Me, working with great players, it is always my goal. It allows you to improve and learn many things.

“In football, you never stop learning. For me, PSG is a great club.”