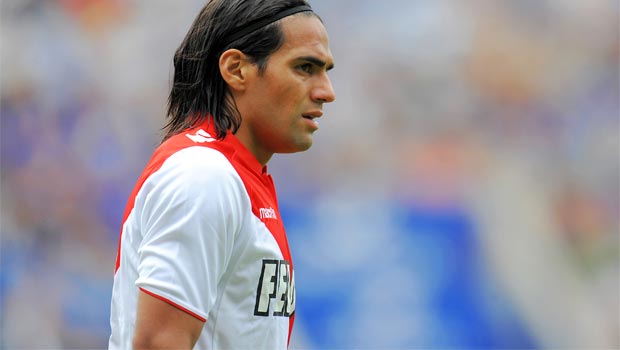 Monaco forward Radamel Falcao continues to wait for news on the severity of his injured left knee after being stretchered off during his side’s 3-0 win over Monts Or Azergues in the Coupe de France.

Initial reports after the game suggested his season, and World Cup spot could be in jeopardy, but Monaco are refusing to panic until discovering the true extent of the injury.

The Colombian scored the opening goal of the game on Wednesday night, but was then carried off after a tackle from Soner Ertek.

Monaco are planning a number of tests to determine the nature of the injury, but it could cause Everton’s move for Lacina Traore to collapse. The striker was expected to go to the Toffees on loan, but manager Roberto Martinez may now miss out on his man.

Confirming the news, Monaco said in a statement.

“Radamel Falcao has been injured on his left knee.

“We must wait for follow-up tests in the coming days to be precise about the exact nature of the injury.”

Monaco boss Claudio Rainieri has spoken of his anger at the nature of the tackles throughout the game. The former Chelsea boss feels the officials should have done more to protect his player.

He told the club’s official site: “On many occasions, before the injury to Radamel, I drew the attention of the fourth official to the hardness of the game which was beginning to develop and on the danger that it posed to the players.

“I wasn’t listened to and that’s unfortunately not the first time that we have paid the consequences. It’s very regrettable for French football, the players who make the game are not protected well enough by the referees.”

Despite sitting second in Ligue 1, the injury if serious could harm Monaco’s chances of winning the title. The recently promoted side are 8.50 to win the French championship this season.