Premier League: Torres happy to be a Blue 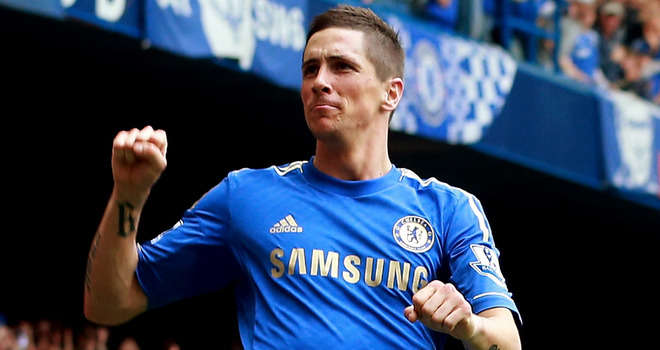 Fernando Torres has reiterated his desire to stay at Chelsea next season and insists he can flourish under new boss Jose Mourinho.

Mourinho’s return to west London was the worst kept secret of the summer when he was officially unveiled as the new manager for his second spell in charge at Chelsea earlier this month.

Andre Schurrle looks set to be the Portuguese tactician’s first signing of his return with the Blues having agreed a fee with Bayer Leverkusen, although there are sure to be more comings and goings at the club over the summer.

‘The Special One’ is sure to want to stamp his mark on the current squad and shape it into a team capable of challenging on all fronts next term.

A new striker is seen as a certainty in the coming months and there have been reports, for some time now, that the club will cash in on Torres to fund a move for a new forward.

Romelu Lukaku looks set to stay at Stamford Bridge next term after impressing during a season-long loan at West Brom, which will increase competition for places, although it is expected that the club will move for a big-hitter and have been linked with Edinson Cavani.

Torres enjoyed a decent season on paper, scoring 23 goals in 64 appearances in all competitions last term, although he has failed to win the full support of the club and fans since his £50m transfer from Liverpool.

However, the Spain international is keen to stay in England and believes he can help deliver more silverware under the guidance of the ‘Special One’.

“I want to stay, I want to honour the contract I signed, keep winning titles and I’d like to be the best in my position,” he told Spanish newspaper AS.

“There is no better place and better conditions than with Mourinho at Chelsea.”

Torres only scored eight times in the Premier League last season but was arguably second-choice behind Demba Ba in the second half of the campaign, despite the former Newcastle striker notching just six goals in 22 appearances, only two of which were scored in the top flight.