US Open: Donald happy to be in the hunt 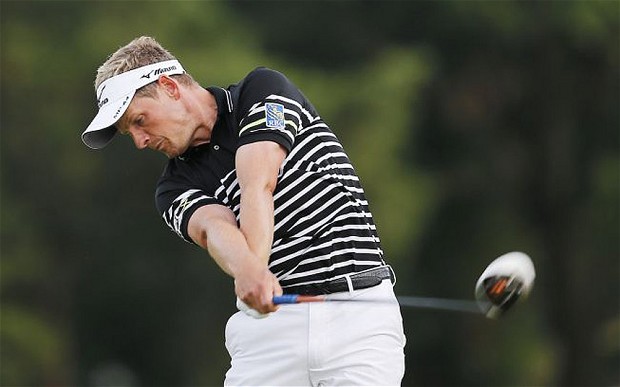 Luke Donald endured a difficult finish to his third round at the US Open but is preferring to focus on the positives.

Luke Donald endured a difficult finish to his third round at the US Open but is preferring to focus on the positives as he bids to land his maiden Major title at Merion.

The 35-year-old lies just two shots off the lead held by Phil Mickelson – the only player under par at -1 – with Donald left to reflect on what might have been.

The Ryder Cup star though is happy with his score of 71 as it puts him very much in contention going into the final round, despite dropping three shots over the last two holes.

Donald had held the lead at two-under-par after birdies at the eighth and 10th holes but missed chances at 12 and 16 to extend his advantage, before bogeying the 17th after finding a bunker.

Despite finding the middle of the fairway at the last, Donald found an impossible lie with a disappointing approach and, after hacking over the green, had to settle for a double-bogey six to finish at one-over-par.

“I should have done better,” Donald said. “It was disappointing but I’ll take the positives out of today, a really solid 16 holes of golf that I played and I’m only two back.

“When you look at Phil, he started winning majors around 34 or 35 so I think that I have some time on my side, luckily, in this game.

“Of course that’s my goal. I got to number one in the world and I’ve won a great amount of tournaments around the world, but I would dearly love to win one of these.”

Donald has enjoyed a solid if unspectacular season so far with his best finish coming at the RBC Heritage last month when he tied for third, although he is still looking for a first top-10 finish at the US Open.